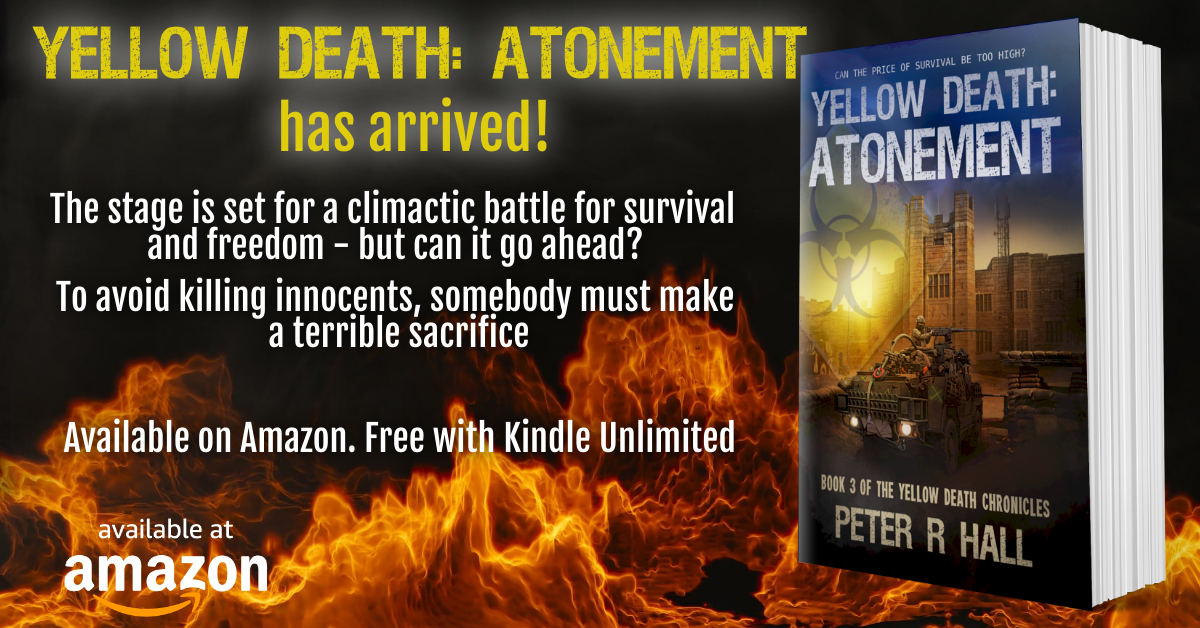 The third book in the thrilling Yellow Death series was published on 13th May 2022 (that’s Friday the 13th). This concludes the story that has run across the first three books.

Book two left readers on a cliff hanger and this book dives straight into the action and keeps up the tension until the climax.

At the same time as releasing Atonement, I am also publishing a novella which is book four in the series.

Yellow Death: Anniversary picks up the story one year after the end of book three and hints at a new threat. Although a short read it is packed with surprises which will lead on neatly to the next book in the series.

Yellow Death: Arrival is a finalist in the Page Turner Awards

Rage Against The Manuscript

The High Price of Printing

This is the website of Peter Hall – author and seeker of the meaning of life. It is intended to be of interest to anyone who is interested in my writings and would like to find out a little bit more behind the scenes.

Pages on this site:

“The only thing necessary for the triumph of evil is for good people to do nothing.” Edmund Burke.

“A journey of a million miles may begin with a single step, but its the last step that’s the most important.” Peter Hall